Manchester is one of the UK’s most influential cities, a place that is rich in history and steeped in fame. It is one of the UK’s most exciting cities, bursting with character at every corner. This vibrant city is what it is today because of its hardworking people and their achievements. The city is famous for many things including, its contributions to music, football, the Industrial Revolution and much more! Clayton Hotel Manchester Airport is the perfect location to stay while discovering what makes this city so special. 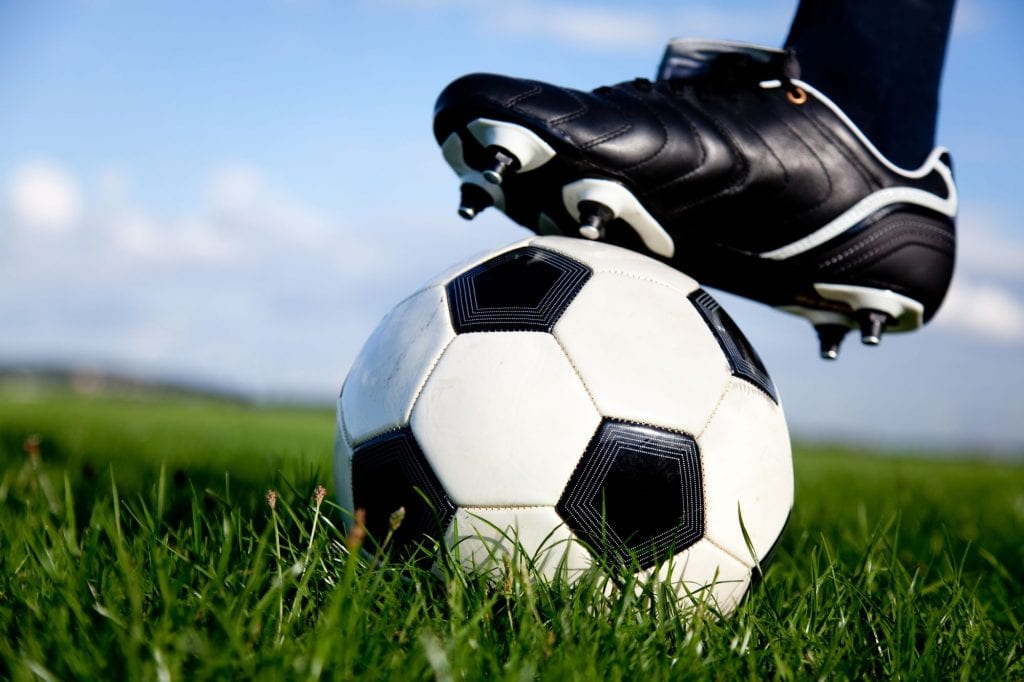 Manchester and football go hand in hand. It is almost impossible to not think of the ‘beautiful game’ when Manchester is mentioned. You won’t walk down the streets of Manchester without hearing someone mentioning football. The city lives and breathes it. Therefore, it would be no surprise to hear that the first ever professional football league was developed and implemented here all the way back in 1888. You can learn more about the history of football at the National Football Museum, which is only 12-minutes’ drive from Clayton Hotel Manchester Airport.

Manchester is home to two of the biggest football clubs not just in the UK but worldwide. And of course, they are fierce rivals. You are either from the ‘blue side’, Manchester City or the ‘red side’ Manchester United. Both of Manchester clubs’ stadiums are within 10-minutes’ drive of the hotel, with tours available at both.

For those of you who love a good British soap opera, its common knowledge that the famous Coronation Street is shot and set in Manchester. For those who may need some catching up, Coronation Street has depicted the dramatic lives of the residents of the fictional town of Weatherfield for over 60 years, making it the longest serving soap opera in the world. That has led to a mind boggling 10,000+ episodes, with many more to come! Whether you like soap operas or not, you must admit that that feat is mightily impressive.

If you fancy talking a walk along ‘the cobbles’ yourself, the Coronation Street set is a quick 15-minute drive away from the hotel. Here you can take a tour around the set and visit some of your favourite Coronation Street locations. 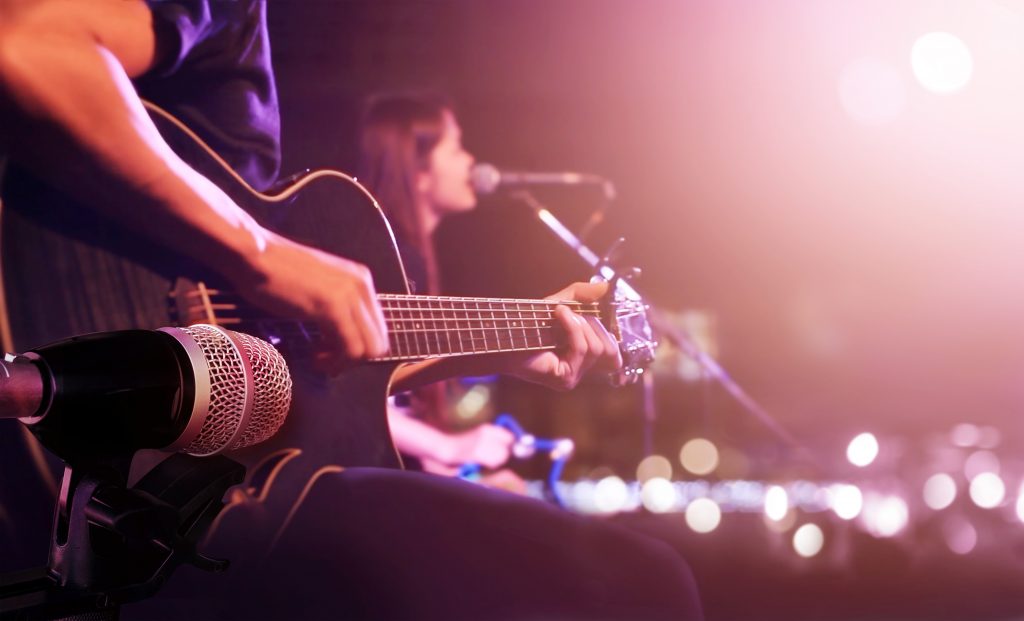 Manchester is known to be the ‘Music Capital’ of the UK. It’s a city rich in musical culture, and one that has played its part in shaping music on a global scale. The ‘Madchester’ scene was a pretty amazing time in music history, this was a musical and cultural scene originating right here in the city of Manchester in the late 1980’s. This saw many artists combining indie music with elements of different genres including rave music, acid house and 1960’s pop. The ‘Madchester’ scene still has a lasting influence on music of today.

To give you an idea of just how much Manchester influenced the music industry, bands such as The Stone Roses, The 1975, Oasis, The Happy Mondays and The Smiths all originated from Manchester. Many of Manchester’s music venues are located close to the hotel including AO Arena, which is just a 15-minute drive away.

The University of Manchester, only an 8-minute drive from the hotel, is responsible for some of the most life changing developments across the world. It was here back in 1917 where Ernest Rutherford achieved the extraordinary feat of splitting the atom, a breakthrough which led to the development of nuclear power and radiotherapy.

The world’s first modern day computer was also developed at the University of Manchester. The computer ran its first program back in 1948. This development led to the making of the smartphones and laptops that we now use today. 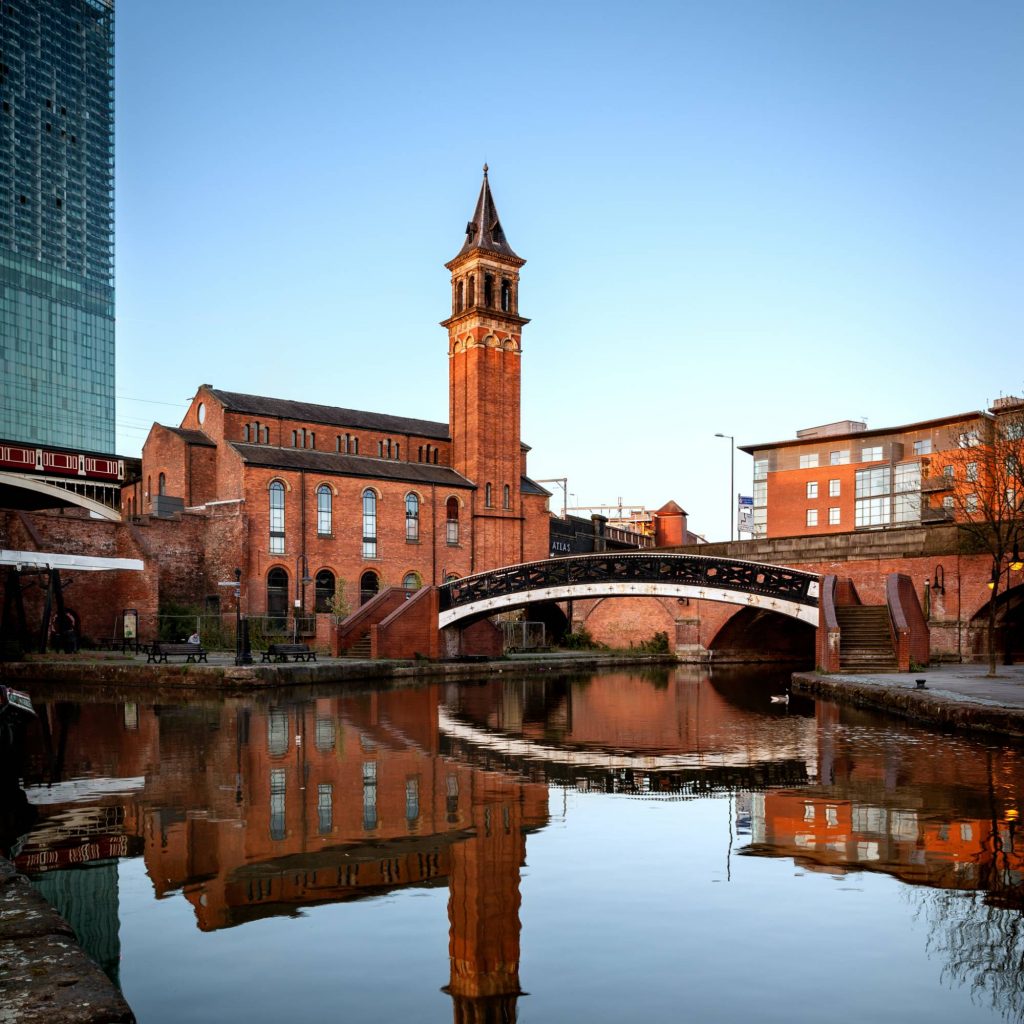 The Industrial Revolution played a vital role in putting Manchester on the map and transforming it into the city that it is today. Manchester was right at the heart of the Revolution, becoming the UK’s leading producer of cotton and textiles.

Manchester is also famous for being the first industrialised city in the world. Manchester was responsible for the country’s first ever working canal in 1761 and the world’s first ever railway line in 1830. Victoria Station, just a 10-minutes’ drive from the hotel, is one of the world’s oldest working stations and the second largest in the UK.

And finally, there is no better way to end the list then with the symbol of Manchester, the worker bee. The Manchester worker bee can be seen right across the city, on bins, the side of buildings, benches, even in important buildings such as the flooring in Manchester Town Hall and on the face of the Kimpton Clocktower.

The worker bee has been a symbol of Manchester for over 250 years, excellently representing a city that was built from the ground by its hard-working people. A fun day out during your stay in Clayton Hotel Manchester Airport, is to walk around the city and see how many worker bees you can spot! Trust us, they are everywhere. 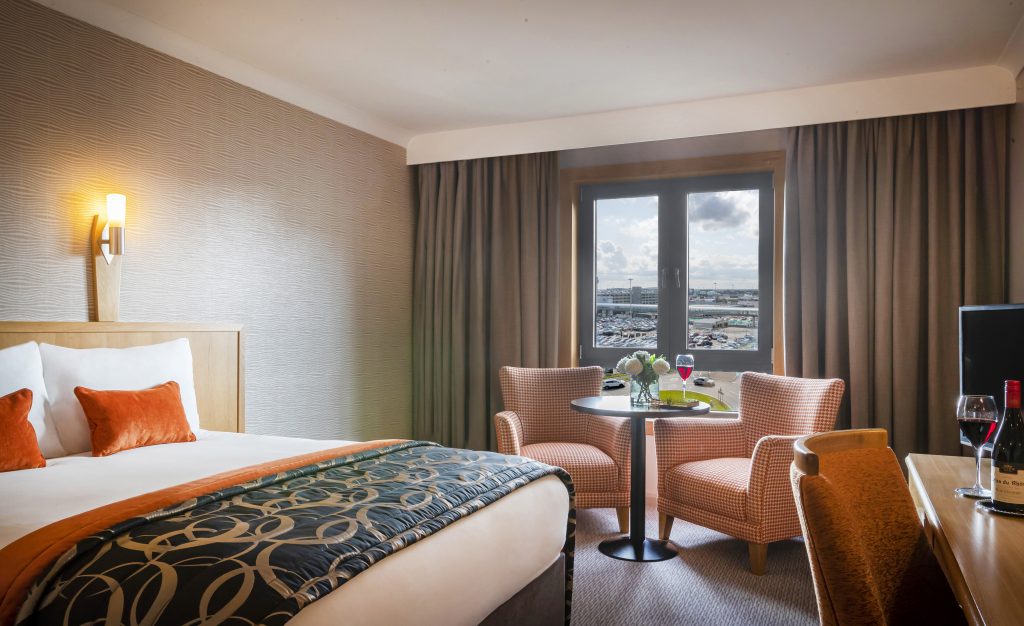 We aim to treat every guest like they are famous when they stay with us at Clayton Hotel Manchester Airport. We serve top-quality food in our bar and restaurant, while you are guaranteed to have a relaxing nights rest in one of our comfortable rooms. 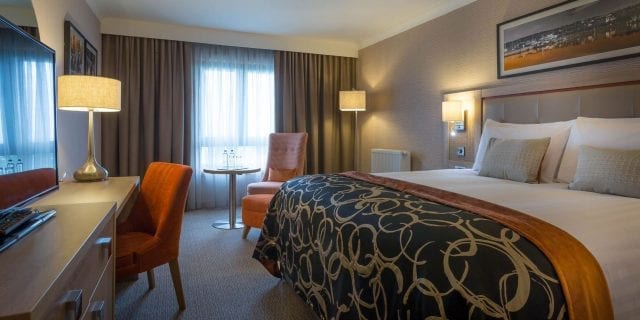